Pluripotent stem cells can potentially differentiate into any given cell type. They commonly exhibit mechanically softer nuclei [1], lack type-A lamins [2] and have a poorly defined cytoskeleton [3][4].

Embryonic stem cells are pluripotent in early organism development, but gradually undergo lineage restriction and transform into the stem cells with limited differentiation capacities (e.g., hematopoietic stem cells, neural stem cells). These stem cells divide to give rise to specialized cells and tissues, but half of the new generation does not differentiate, retaining their stem cell identity. This type of division cycles is possible due to both epigenetic inheritance (i.e., DNA methylation, chromatin modifiers, histone variants) and chromatin plasticity of stem cells (reviewed in [5]). 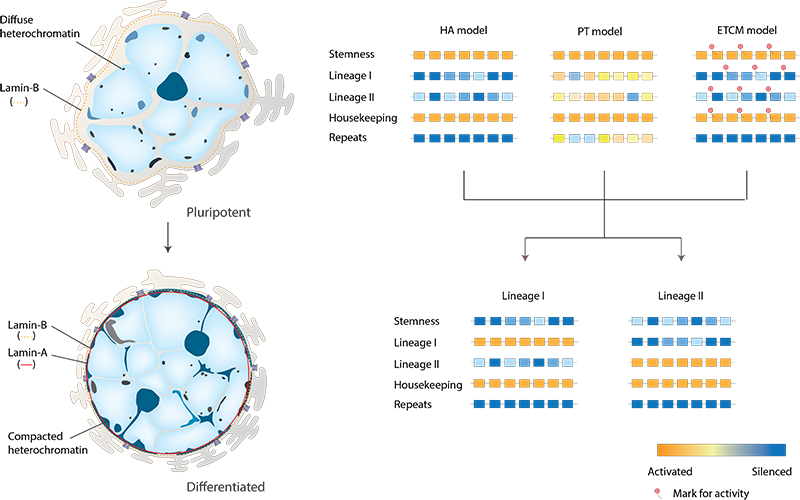 To describe the transcriptional regulation in embryonic stem cells, Meshorer and Misteli proposed the following models [8]: