How are clathrin-coated vesicles transported?

Different cytoskeletal networks have been implicated in the transport of clathrin-coated vesicles (CCVs). In yeast, the actin cytoskeleton traffics dissociated CCVs [1], whilst in mammals the microtubule network transports is involved in the sorting of CCVs to distinct populations of early endosomes [2]. Two early endosomal populations, static and dynamic, have been identified based on their motility within the cell. CCVs that rapidly engage the microtubule network after detachment from the plasma membrane are more likely to be sorted to dynamic early endosomes [2]. This sorting process involves the use of different adaptors [3], for example; CCVs marked with the adaptor protein AP-2 generally sort to the static population of early endosomes [2]. 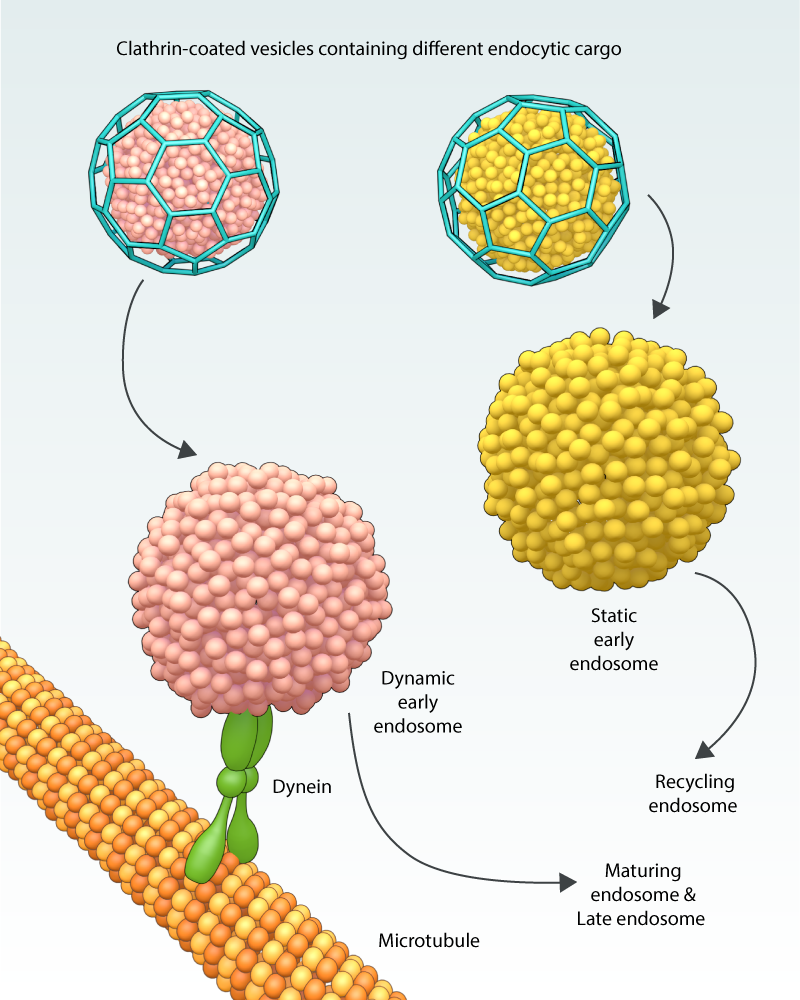